Error Fare is a term you might have heard of before: If you’re also constantly looking for cheap flight to take awesome travel photographs, you’ll know the typical search engines like expedia or ebookers. They offer good flight deals from time to time, but never something that is extremely cheap. For example, flights from Europe to the United States are in a similar price range throughout the year (380 to 450 Euros). The only exception is a so called “Error Fare”, a magical term which you might have heard before that promise very cheap flights. But what is an error fare exactly and how can you book them?

Error fares are (just as the name implies), faulty air fares you can book normally through travel agencies like Expedia. Because of the huge systems and softwares behind air fares for each travel agency and airline, mistakes do happen from time to time. Typically, the tax or other fees are not added to the final price, which reduces the price that will show up on e.g. Expedia. With this mechanism, a very small amount of flights can be booked with a remarkably lower price than originally planned. 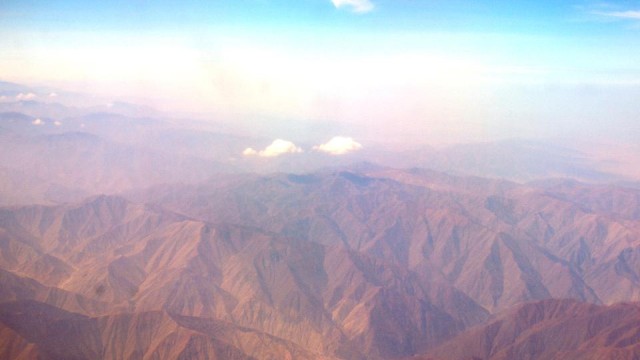 For which destinations is an Error Fare?

This varies heavily – but from my experience, you very often have error fares on typical routings like Europe to Asia or Europe to the US, connecting main hubs mostly. Even more so, “Open Jaw Flights” are affected way more often than regular flights. This means that your error fare flight might start in Frankfurt, but end in Prague or Rome. Obviously, you cannot say you want to go to a certain place with an error fare, but have to adapt to what’s on the market.

Can the airline cancel my flight?

Yes, your airline can cancel your flight. This has happened recently with Oman Air when they had an error fare open. In most cases though, if you have your booking reference code, your flight will go through. This is no guarantee though, so use error fares at your own risk!

No, nobody can foresee if there will be an error fare or not. You have to be flexible timewise and be open towards many destinations. Error Fares are only up for a short time, so you have to react quickly once you know about one. I often book flights like that in around 15 minutes without any further planning. Some of my Error Fares led me to Kauai, Peru, Singapore or Rio de Janeiro.

Where do I find an error fare?

Error Fares are not easy to find. You will have to follow certain travel deal blogs like Beste-Reise-Deals (German page), or Twitter profiles of deal authors. They will alert you if something’s coming up. You have to be quick though – these deals spread like wildfire through the net and the flight dates are sold out rapidly!

I'm Hans, an avid traveller aiming to visit 100 different countries in my lifetime (current status: 70 of 100): from the busy streets of Tokyo and the deserts of the Middle East to the altitude of the Andes. On all these journeys I carry along my "old reliable" Olympus E-420, taking photographs of some of the most spectacular places in the world. On Travel-Photographs.net, I want to share my passion with you.